Vote for La Lanterna at the 2017 Italian Awards

Voting is once again officially OPEN for the Scottish Italian Awards! And would you believe it – our very own Chris has even bagged himself a starring role in this year’s launch video. Watch him in action below:

Now, we know you can’t vote for La Lanterna West End just yet, but we’d be honoured if any of our City Centre restaurant fans would like to vote for us,

We couldn’t possibly talk about the Italian Awards without reminiscing over last year’s epic ceremony. We think the picture below pretty much sums up how the evening went for team La Lanterna: 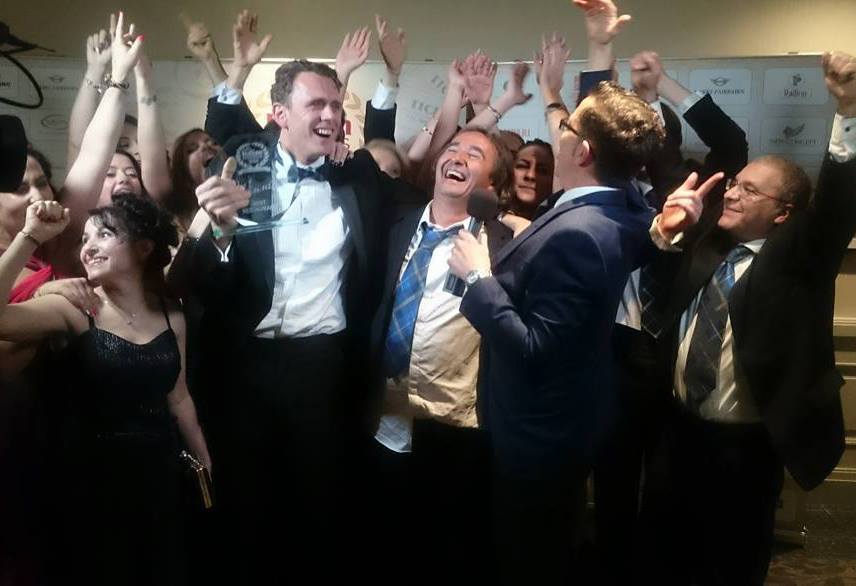 Yes, it was an overwhelming haul for the team in 2016, when we walked away with the runner-up award for ‘Best Team’ as well as the top award for both ‘Best Wine List’ and ‘Best Restaurant’. If we’re being completely honest, we’re probably just recovering from the celebrations now!

And so, as the votes begin to flood in from around the country for hundreds of Scotland’s finest Italian restaurants, we would like to kindly ask your to vote for La Lanterna Glasgow in any of the following categories:

To get voting click here. Thanks to all who have voted so far – we hope we’ll be raising a glass to you once again this year, while also looking forward to next year when we’ll have the opportunity to put forward La Lanterna West End for the awards too.