All wines are subject to vintage changes

Friuli is one of the most important areas for white wines in Italy.

The vineyards are planted mainly on poor glacial soils that force the vines to dig deep for nutrients. The resulting wines are complex, intense and fine.

There are diverse wines on offer here with aromatic styles from the mountainous areas of Piemonte and long, minerally almost Chablis-like Gavi which nods towards the Genovese coast.

Sicily is the largest island in the Mediterranean and blessed with consistent sunshine and moderate winter rainfall, ideally suited to wine-growing.

Sardinia remains stoically unaffected and has retained its own cuisine and own distinctive culture. Lovely wines are made in the region such as Vermentino.

Campania with its volcanic soils and maritime climate produces wines with aromatic power. The Puglian wine has blossoming aromas. It’s a blend of grapes native to this part of Italy with evocative names such as Fiano and Greco.

The most famous white wine of this region is Soave, which can be one of the most complex and long-lived white wines.

The Marche region on the eastern coast has been known as the home of the “Amphora” shaped Verdicchio dei Castelli di Jesi, and many producers have made it into a versatile modern classic.

Tuscany is one of the regions that has experimented most with French white varietals which is why there are two stunning Burgundian Chardonnays in this section.

“Super Tuscan” is a term used to describe red wines from Tuscany that may include the use of non-indigenous grapes, particularly Merlot, Cabernet Sauvignon, Cabernet Franc and Syrah

The wines from Puglia are made in the hands of winemakers such as, A Mano’s Mark Shannon Wines, which have all the flavours and power of the hot south, but well-balanced and fresh.

The Veneto is the leading Italian region in terms of DOC production and makes a vast array of wines from its plains and hills, both steep and gentle.

This is the beautiful region of hillsides and valleys dotted with almond and cherry trees and home of the juicy, utterly drinkable Valpolicella, and intensely rich and powerful Amarone.

The Amarone Classico is the result of a meticulous selection of only the highest quality grapes and a very rigorous drying process.

Piemonte is home of the noble grape Nebbiolo, which makes both Nebbiolo and Barbera.

Barolo is considered the cream of the crop when it comes to Italian reds, Barolo wines must be solely composed of Nebbiolo, no exceptions. The wines are rich and full-bodied, with a strong presence of acidity and tannins.

This is the domain of the Sangiovese grape which can range in profile from forward, juicy red fruits in young Chianti, through to brooding, structured wines with Morello cherry and spice in powerful Brunello di Montalcino.

“Super Tuscan” is a term used to describe red wines from Tuscany that may include the use of non-indigenous grapes, particularly Merlot, Cabernet Sauvignon, Cabernet Franc and Syrah.

The most important Italian production area of ​​the traditional method. 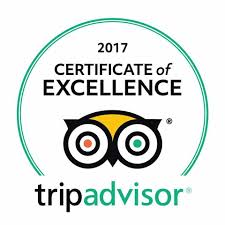 Among the best risottos you’ll try in Glasgow

Hidden in plain sight on one of Glasgow’s busiest streets, many would walk past this Italian institution situated right opposite Central Station. The warm and unpretentious setting, together with a few glamorous touches, invites diners to indulge themselves, and with the arrival of the table nibbles you know you’re in good hands – the house-made focaccia is so moreish it would satisfy as a starter by itself. Aged prosciutto and ‘seasonal fruit’ is beautifully presented as a parcel of the freshest mixed berries, rich in colour, enveloped in a bed of the finest, thickly sliced prosciutto ham. It’s a simple but mouthwateringly sweet and salty delight – testament to the quality of their ingredients. Risotto mari e monti is among the best risottos you’ll try in Glasgow. A 50-50 ratio of rice to seafood is skilfully combined so all the textures are spot on, with enormous prawns, just pink, and generous chunks of monkfish coated in silky, al dente arborio rice, which is equally delicious (with stock tasting like the kitchen are making use of the prawn shells). Despite the portion being generous, you’ll be sorry to take the last mouthful.

La Lanterna’s Á la carte menu is extensive. Be prepared to pour over the menu for ages, deciding what you’ll have. Phill chose the Calamari to start and this was served with garlic mayonnaise and a leafy salad. I opted for the soup of the day which was roast tomato and pepper. Both of us thoroughly enjoyed our starters and we didn’t have to wait long for them to be brought out. I deliberately went for something light and I liked that the soup was textured and looked suitably rustic.

Phill ordered the veal ravioli for his main course whilst I had the pancetta risotto. Phill’s veal and ravioli was cooked to perfection and he loved the wild mushroom sauce. My risotto was delicious, with plenty of ham, pea and mushroom throughout.

As we perused the dessert menu Phill finished the last of his red wine which the restaurant manager selected especially for him. Phill loved the taste so much he asked for the name of it to be written down. It was called Gran Maestro Puglia and the waiter who poured the wine explained in detail about its taste and how it was from his region of Italy. A nice touch.

Phill ordered the chocolate torte and I the tiramisu. The tiramisu is a La Lanterna staple and the recipe is 39 years old. It was beautifully creamy. La Lanterna is a homely feeling restaurant, they serve well-cooked, fuss-free Italian food.